(Sorry, these blog posts are a bit late!)

The Bob Marshall Wilderness was the second to last section of the trail as we wandered through Montana.  We were aware ahead of time that the Bob was facing trail closures due to fires in the area, and we entered with slight uncertainty about the upcoming trail. We were however, excited about a few things.

First off, we discovered a yurt.  Only a few miles north of the Lincoln crossing, we came across a newer structure that was opened and fully stocked.  There was a register, chairs, water, food, fuel and protection from the wind, so we happily piled in and made ourselves comfortable. We originally planned to hike a few more miles, but with such luxurious accommodations, we settled in for a cozy evening.  In true hiker trash/tech geek fashion, Breeze rented and streamed a movie on his phone and in the morning we brewed up some coffee on the propane stoves. :)

Aware that we camped a little early, we pushed the miles for the next two days to make it to Benchmark Ranch in an attempt to meet Breeze's friend who spent the summer building trails in the area.  Unfortunately we missed the rendezvous as the trail crew had finished a day early, but atleast we were able to pick up our resupply boxes at the ranch.  (and for a consolation prize...we met up with him for a beer on our drive home!)  It was a quick stop, with nothing more than some locked cabins and a bear box with hiker packages, but we were happy to find what we shipped intact and loaded it up.

And then we hiked.  The weather was mostly cooperative, with warmer days and only the occasional rain. As we had already known, trail closure signs were posted all along the trail, and we used the mediocre maps attached to navigate the alternate.  Sadly, we missed the crown jewel of the area, a geological feature known as the Chinese Wall, a 1000ft+ cliff face that runs for 10 or more miles.  I wish I could give better details or a picture...but I never saw it.  When we rolled into East Glacier 5 days later we found out that the trail closures had actually been lifted but no one took the signs down.  So we missed the best part due to misinformation.  Not Cool.

Through this section we bounced into a bunch of other hikers, all aiming to get to East Glacier in time for the First Annual Hiker Hoopla! hosted by the lovely folks from the CDT Montana.  When we got closer to the town, we elected to hitch to town early so we could eat more and skip the rain, then come back out and hike those miles when the skies cleared.  It worked out perfectly for us, and gave us lots of time to mingle with other hikers.  Once the party rolled around about 25-30 thru hikers had positioned themselves in East Glacier to celebrate.  Some, like ourselves, were at that trail location.  Some, such as Liz, had  just completed the trail and were back in East Glacier before heading home.  And others had hitched from locations south along the trail.  The hoopla included food, live music, and free flowing drinks, and all were merry! 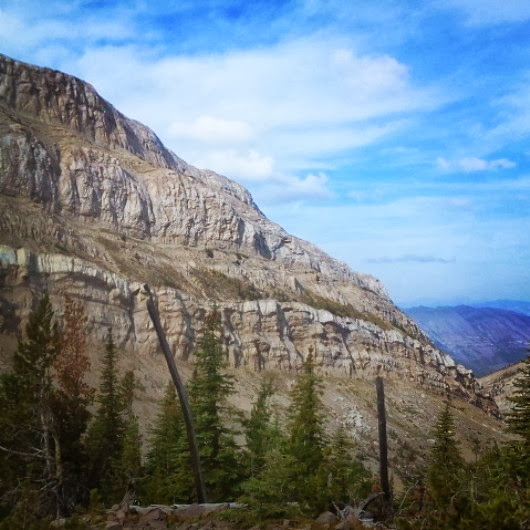