(Once again, another blast from the past. I finished the trail on the 29th, but I've been busy!)

Our CDT finale would be nothing without a little struggle.  In fact, my friend Liz, who finished about a week before I did, made sure to inform me that she felt like she wasn't done hiking by the end of the trail becasue the weather was so beautiful when they finished.  I didn't experience that emotion...

Our departure from East Glacier for the national park was already a bit challenging.  Although the trail left directly from town, no hitchhiking required, we needed to make it to the ranger station, 14 miles down the trail.  Knowing we might be slightly hungover that day due to The Hoopla, we had intended to ONLY hike 14 miles for the day and camp by the ranger station.  Well, we managed to be more than slightly hungover, and after a call to the ranger station, discovered it was their last day for the season, they closed at 4:30, and, no, they could not leave our permit attached to the door.  With no chance in sight of leaving town in our current condition, I volunteered to hitch to and from the ranger station to pick up the permit, allowing the boys more time in town, and removing our time restriction for the afternoon.  It turned out to be a good call, as the terrain was more challengeing than we had realized, and it was very dark by the time we made it to camp.  But made it we did, and we were rewarded with a lovely, lazy morning the next day.

We departed Two Medicine late in the morning, with only a short day planned.  All of our hiking in the park was through a permit system, and we were expected at certain campsites on certain nights.  It's a huge bummer because we can't hike "normal" days, but atleast the short days are enjoyable! We made it to our camp really early, and caught up with our friend Burrito.  She had an itinerary that shared our campsite that night, and was lucky enough to share camp with us on Movie Night!  We had previously rented and downloaded what turned out to be a horrible Tom Cruise movie (Oblivion), and watched it on the Kindle Fire huddled in the cold before retreating to our sleeping bags.

At some point in the night, the rain started.  Secure in the tent, we dozed through it, but when we awoke in the morning, the clouds were socked in above us and it would periodically open up.  Knowing that we had a gnarly 26 mile day, we had to decide early if we should go for it, or consider bailing options.  I, unfortunately, have really old, worn rain gear that doesn't do crap.  It only takes about 30 seconds of rain for me to soak through, and about another 30 seconds for me to start being miserable.  If you don't believe me, ask Breeze.  Knowing my limitations, I was very skeptical about hiking forward and leaving my tent, so we elected to stay a little longer and see if the conditions changed.  We knew that would change our permit camping, but we also figured we could talk our way out of it, so, we grabbed our food from the bear hang and ate and slept all morning.

Or almost all morning.  If it weren't for that pesky bear.  At some point a disgruntled bear decided to share his feelings of being crowded by us, and proceeded to growl and grumble at us while Green Flash and I half-heartedly yelled at him from the safety of our 3 millimeter tent walls to go away.  After our unfriendly friend seemed to get louder, Breeze brought the yelling to a whole new level and sent that bear running with a few harsh words.

When the rain started to let up around mid-day, we elected to hike on, up and over Triple Divide Pass, then head down, down, down.  We packed up, tried to waterproof our backpacks as best as possible, and hit the trail.  Until Green Flash's backpack broke.  The whole arm strap that is critical for attaching the pack to the body.  Oops.  Sadly, with our camp broken down and securely packed, there was no where to hide from the steady drizzle of cold rain.  As he tried to repair the pack with floss, needle and very cold fingers, I got progressively colder and had to start running and doing jumping jacks to get my blood flowing.  I was not built for winter camping.

But once we got going, it was honestly beautiful.  The trail was mostly clear of snow, and once on top of the pass, we had warmed up and were beginning to dry out from the wind.  Then we went down.  I think I made it about an hour before I started crying.

As we dropped down, the dry snow turned to wintery mix, and I turned into a mess.  Breeze tried to gently coax me the best he could, but I was drenched and getting colder with every step.  My hands and feet were not functioning well, and every article of clothing on my body was wet.  The only motivation I had was that I had packed my sleeping bag well and I knew that even if everything else was wet, that should be dry.  But it still sucked.  I couldn't eat or drink water all day because it was too difficult to perform the most basic of functions, ones I previously performed multiple times a day without having to think about it.  But here I was, trying to coax my body parts into motion.  I repeated tried to wipe the tears and snot from my face, but my fleece gloves were so saturated with rain that I could squeeze out the water just by making a fist.  When we reached a campsite on the north side of the pass, I desperately wanted to camp, even though it wasn't our site, and Breeze and I set up the wet tent.

Once inside, I was able to peel the wet layers off my skin and climb in my sleeping bag.  Sadly, Breeze's sleeping bag didn't fair as well as mine, and he had a long night of trying to dry the sleeping bag with his body heat.  We watched Oblivion again.  It was as bad as the night before.

In the morning, we did a team eval.  Green Flash had good gear and was fine to go forward, but I desperately needed better rain gear, and Breeze wanted to dry out.  So we checked the maps, and discovered that we were really close to a side trail that could dump us right into St. Mary- a Glacier NP gateway town that consists of tourists and seasonal workers.  AND we knew someone there, a 2012 PCT hiker that was offering to take in hikers that needed a place to escape the weather.  So without much second-guessing, we were headed to town!

(bonus story - as we were walking out, we ran into a Backcountry Ranger, and he was super CDT-friendly, having been a 2011 PCT hiker himself.  He knew that we would have permit issues if we went back into the office because they were trying to close the trail due to weather, so he offered to do all the sweet talking for us, and was able to issue us a new permit right on the spot!)

Then we found our seasonable-employed hiker friend, Tickled Pink, and quickly exploded our wet backpacks in the employee laundry room.  We were able to dry gear, wash clothes, and get clean, plus there was a TV and couches perfect for commandeering.  As we made ourselves comfortable, 6 other hikers came in, also escaping the weather, and we had quite the shindig!  We had elected to take a zero day to avoid the worst of the weather, and planned to head out just before the forecast predicted sunny, warm skies.  Sadly the meteorologists were wrong, for what is likely the first time ever, and we ended up missing those sunny skies... 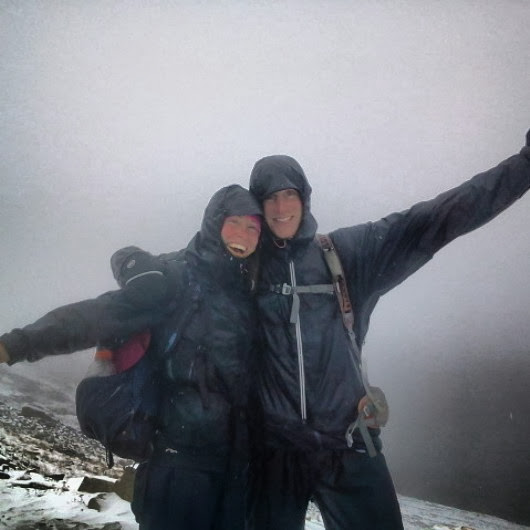 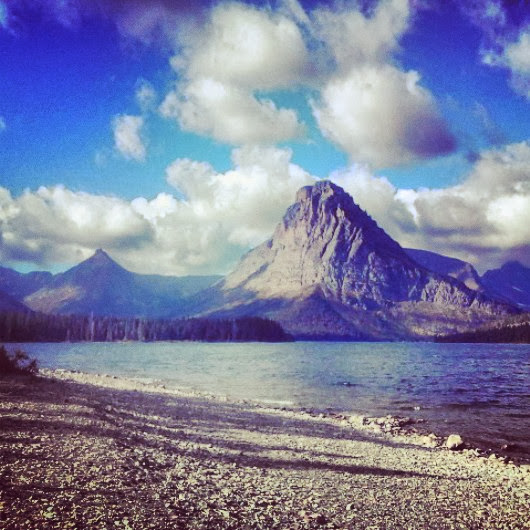 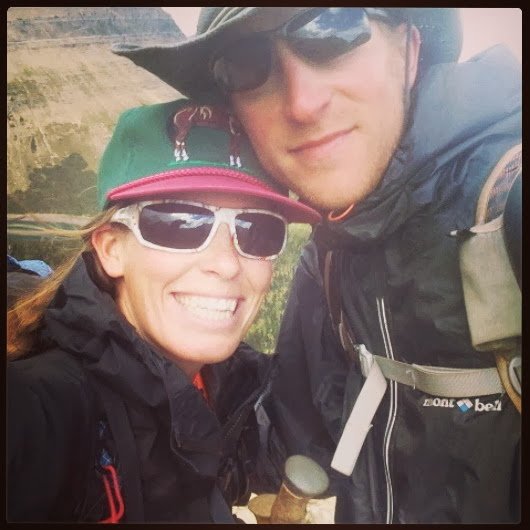 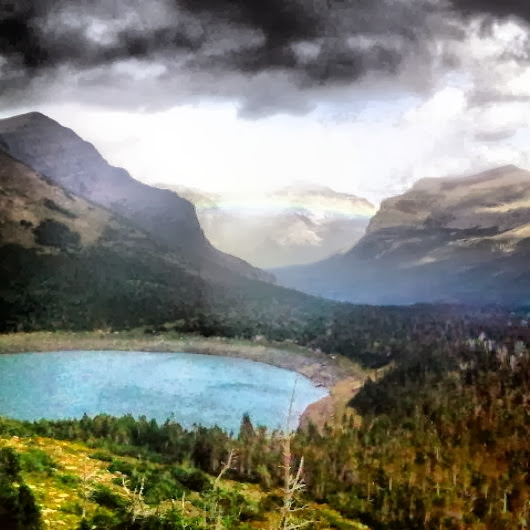 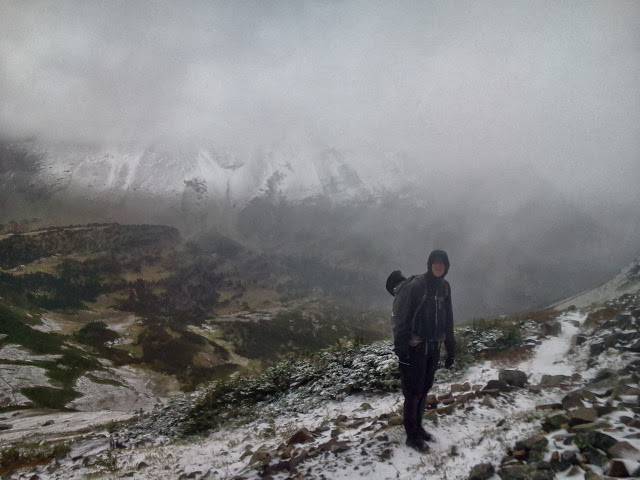 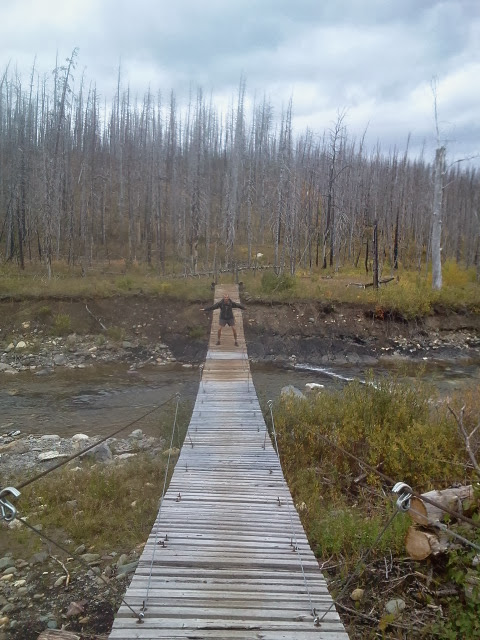