My phone sucks and deleted my blog and I'm too irritated to rewrite it. As a recap, the basin was hot and sucked. My Papa came to visit and we went to Yellowstone and it was great. I'm headed into the wind river range and excited for mountains again. And now pictures. 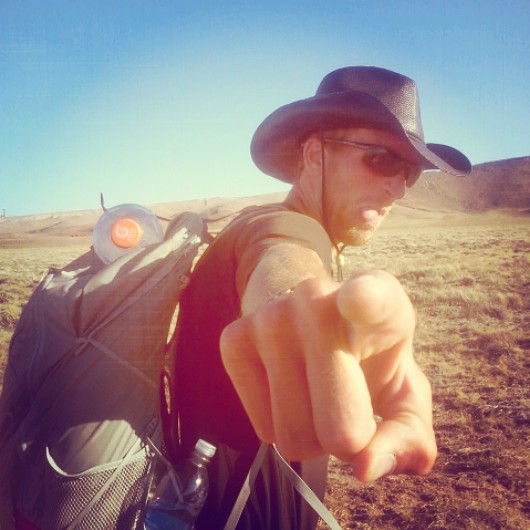 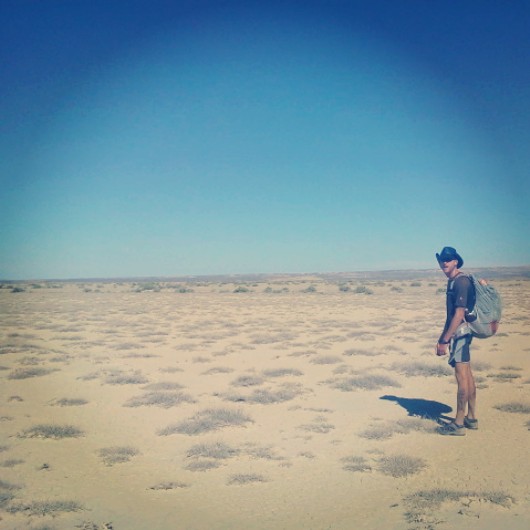 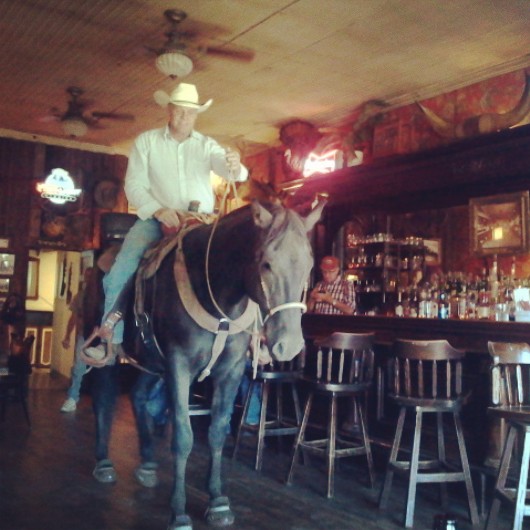 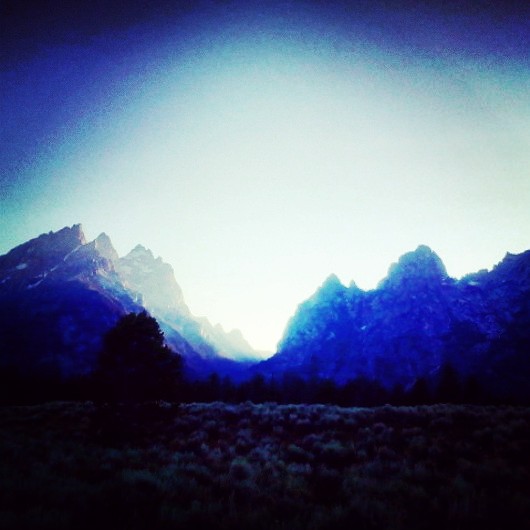 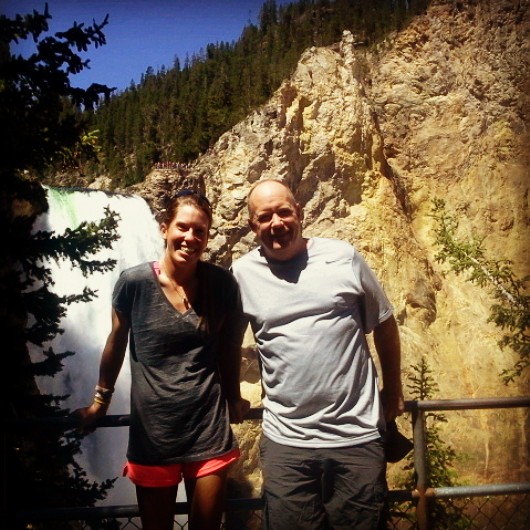 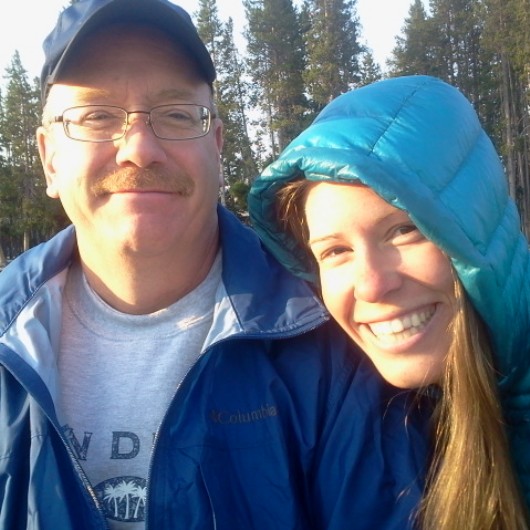 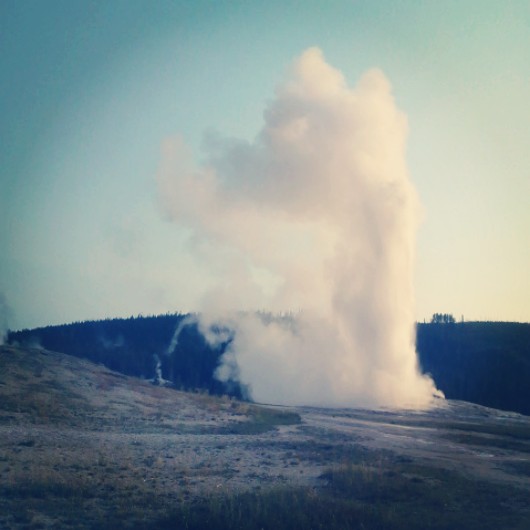 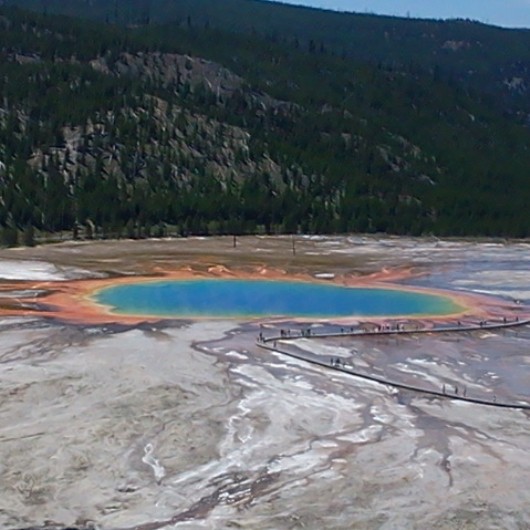 And my tummy is feeling better!

A super fast update, but Breeze and I are rolling through town, and headed out to the great divide basin this afternoon. We were treated to a lovely stay in a fancy hotel from my Papa, and it kept us off the mean streets of Rawlins. Our options were limited to the "Meth head motel" or sleeping on the dirty floor of a night shift motel employee that offered up his home to us while chain smoking... Thanks pop!!!

The Wyoming trail has been hotter and flatter and we can move faster finally. The water is getting scarce again, but change is always nice! 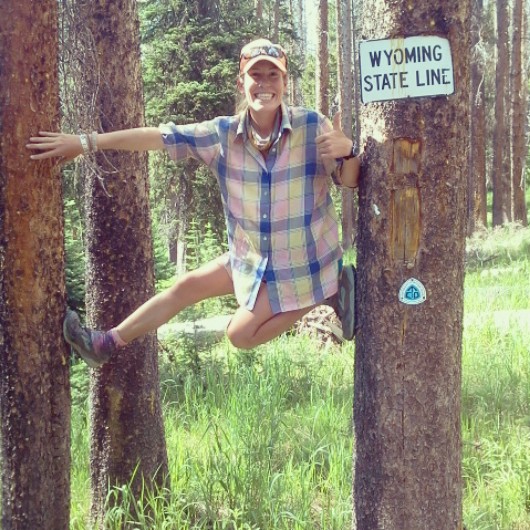 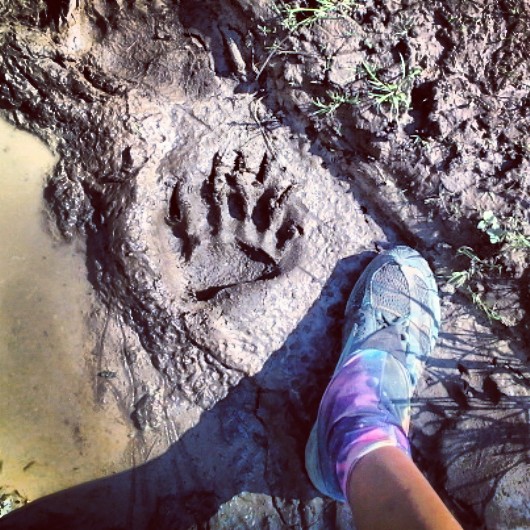 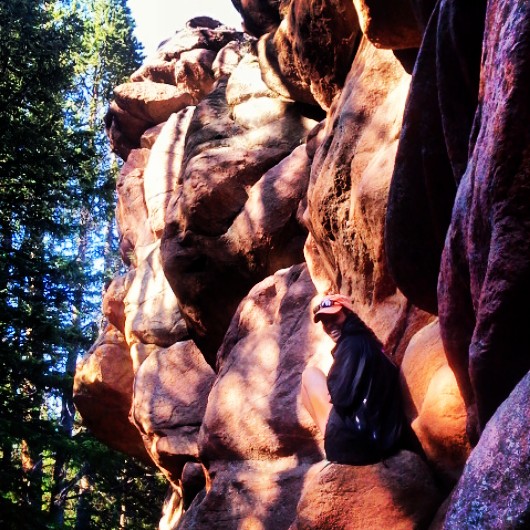 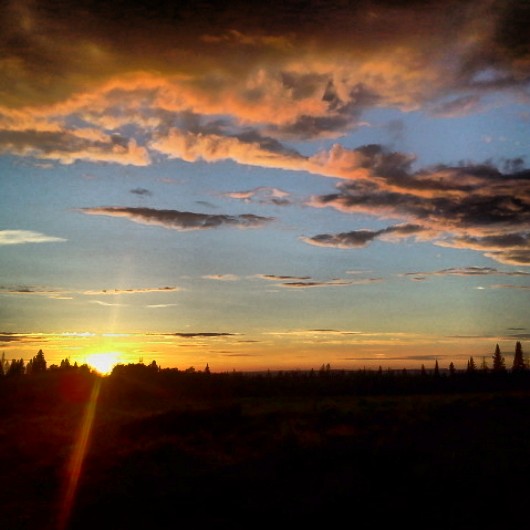 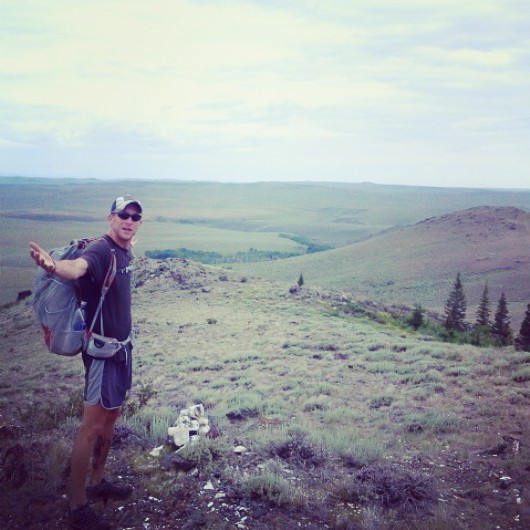 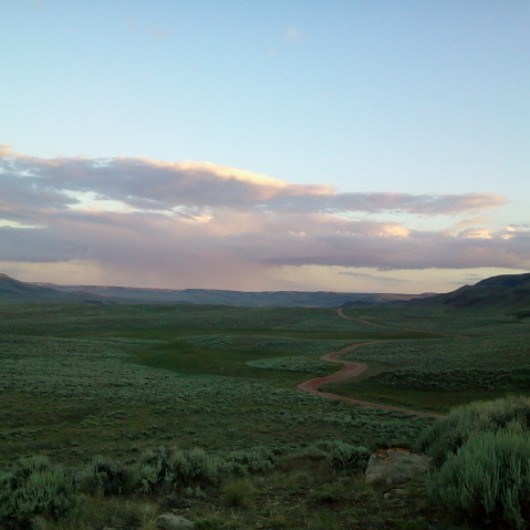 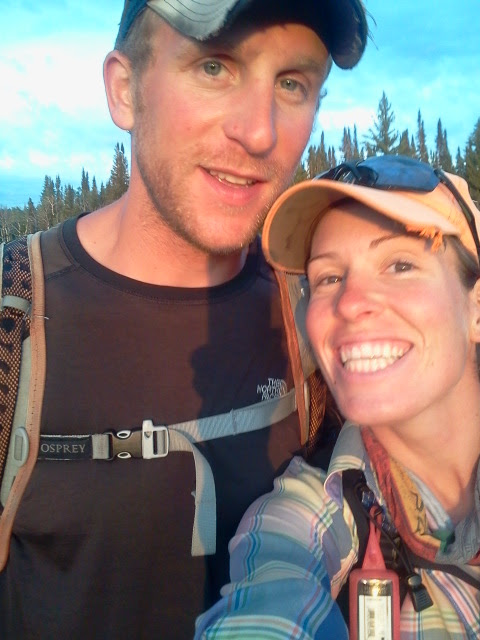 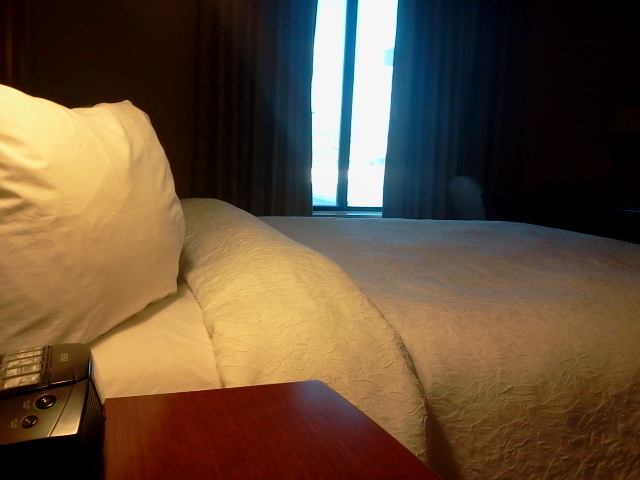 When hiking stops being fun.

It's hard to pinpoint exactly why this last section sucked. It could have been the puking, the diarrhea, the lack of appetite, the hail, the lightning, the rain. Every article of gear was drenched, and being low on energy did not help.

When we arrived into Steamboat Springs, CO, it felt like the end of a death march. We ended up hitching into town a few miles early, but after "sleeping" through a downpour and lightning show, getting up 4:40, Breeze puking on the side of the highway, hiking 14 miles with no ability to eat, we were ready for town. Also we were in a race with the Post Office's Saturday hours, and needed to get to town before 12. We struggled through the day to fix ourselves, but as dinner rolled around, it was obvious we were both still unwell, and we had to ask for take away boxes and retreat to our hotel room. With a pit stop at a gas station for every tummy fixer they sold.

Getting sick happens, but when you can crash on a couch for a few days and take it easy it doesn't seem too bad. But trying to hike 25 miles a day when you're peeing out the butt is miserable.

Enough with the lovely details! I'm in Steamboat Springs, trying to recover and keep calories in my body. I'm probably at my lowest weight of the trail due to dehydration and tummy sadness. Originally I had planned to do this next segment as one 155 mile section, but with how we are feeling, it's looking like we have to go into Encampment WY midway through the segment. It's making it harder to get to Yellowstone in time to see Papa, but I can't mess with GI issues!

Hiking is fun. Not. 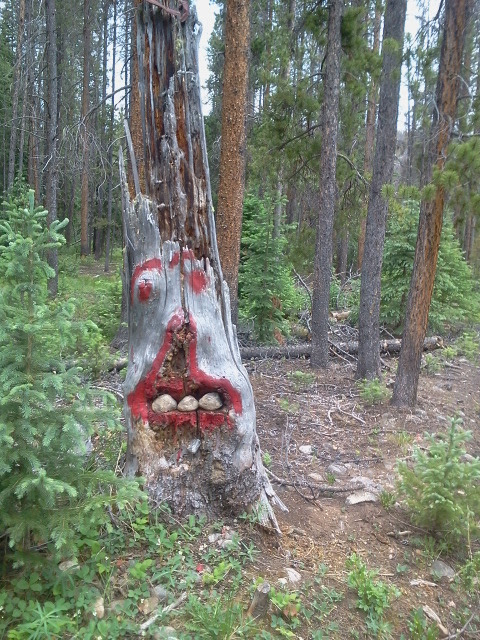 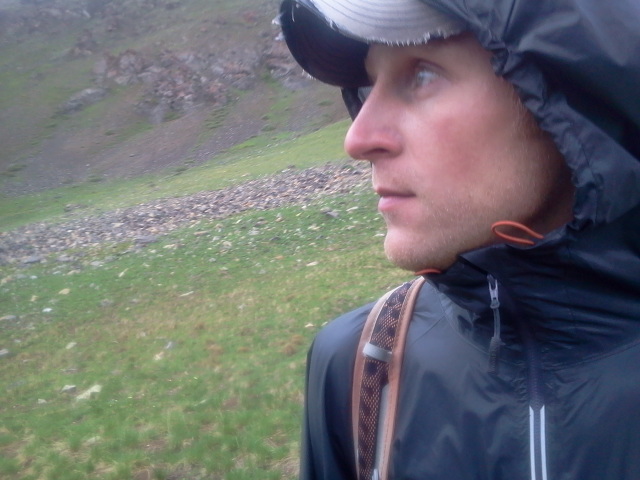 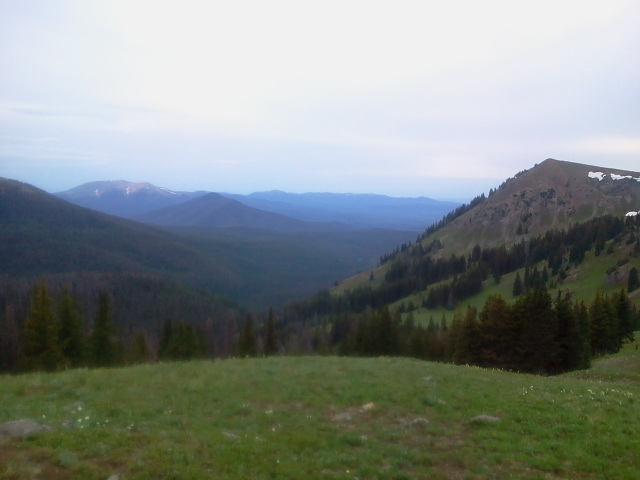 Just a quick update. I'm in Grand Lake Co, about 1200 miles complete. It took me a long time to get here from Breckenridge due to alot of detours. I spent a week hanging out in Breck, going to live music, bbq's, playing with Olive's dog, and watching lots of TV. It was great.

I got back on trail with Breeze, since Sweet As didn't want to hang around town for long. We hiked some grueling ridges that kicked our butts, then summitted Greys and Torrey, two 14ers. Feeling the urge to not hike anymore, Breeze called a good friend as we approached I-70 and she came and picked us up and promptly whisked us off to a carnival. We stuffed our faces with footlong corndogs and cotton candy, and bought ride bracelets that allowed us to spin and swirl until we thought we would puke. It was fantastic.

The next day, we helped Sarah clean out her old house in crazy hot temperatures, then headed down to the creek for some extreme river tubing. After a few failed attempts, we figured out how to stay on out tubes, sort of. My legs are covered in bruises and Breeze drew blood, but it was a great day.

The best part of staying with Sarah, besides her incredible hospitality and great company, was the puppies! She had an American bulldog, and her boyfriend had two blue nose pit bulls, and we fell in love with them. So many sloppy puppy kisses! Every since we left we have talked about wanting a puppy. But doggies don't like thru hiking, so maybe later :(

When Breeze and I got back on trail the trail gods were angry at us. In one day, he woke up puking, we got slammed with a hail storm, drenched with rain, chased of the ridge and forced to walk an extra 7 miles to avoid exposure to lightening and thunder, and Breeze's phone got a little too moist and broke. We finally set up camp early on an expose field above tree line instead of hiking into more doom and gloom, and got soaked a second time as we were setting up the tent. But once inside the tent we ate chocolate, listened to some tunes and dried out. And it was the best night of sleep ever.

We rallied and kept hiking, and luckily dodged more storms, and started making better mileage. For some reason this section sucked in regards to terrain, and it was hard to feel like we were making good time or distance. As a result, we ran out of food half a day short. We had hoped for a small trading post at a campground to be open, but sadly it was closed. We resorted to asking campers in the campground if there had any food we could buy from them. Thankfully we found a great guy that was leaving later that morning and fed us the leftover food he had from his long weekend camping. While we would have made it to town without, his generosity saved us from getting "hangry" at each other and saved the day!

So the last few weeks have been slow and consisted of very little hiking, but have been a blast all the same. From here, there is one more stop in Colorado, Steamboat Springs, then onto Wyoming! I'm so excited to pick up the pace a bit as the mountains turn back into hills, and my Pops is coming out to visit in Yellowstone! The race is on to meet him there! 567 miles in 18 days... 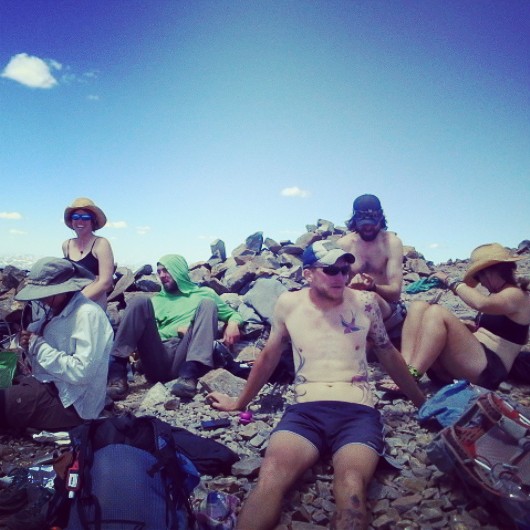 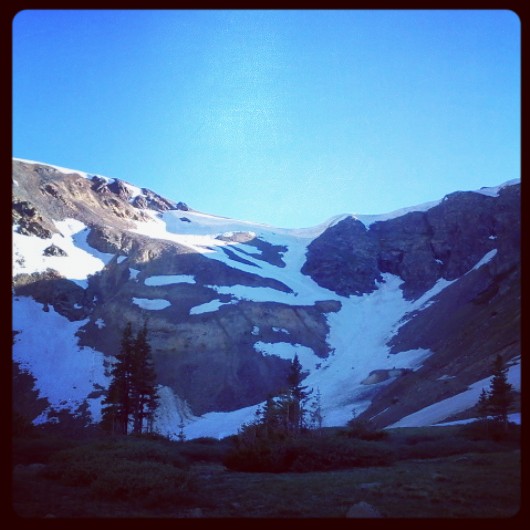 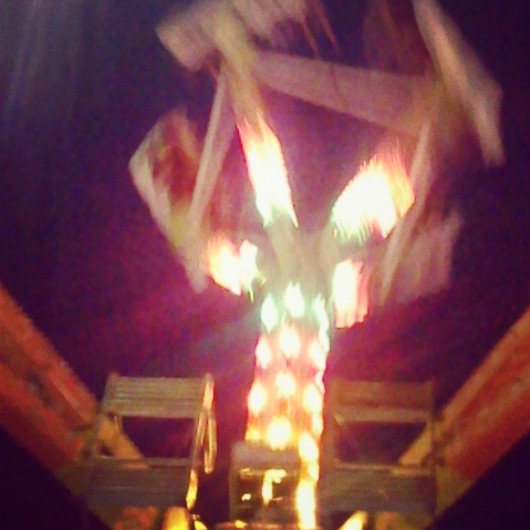 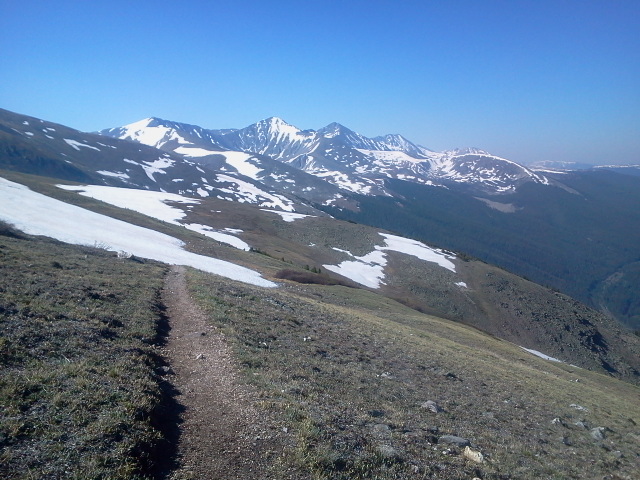 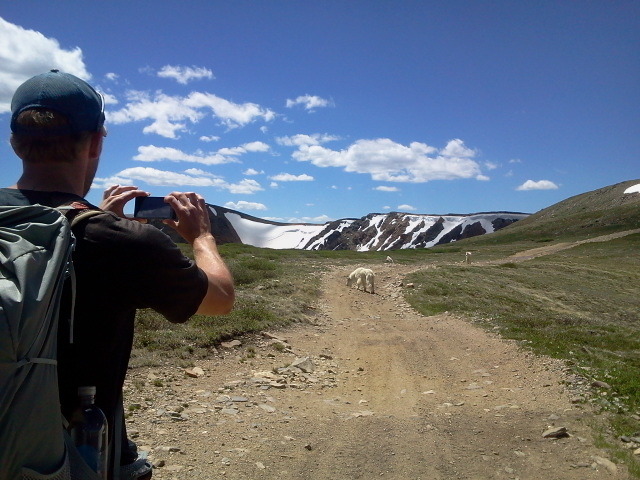 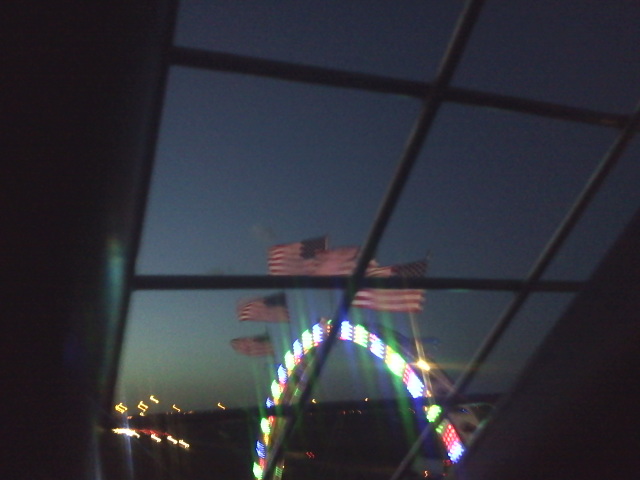 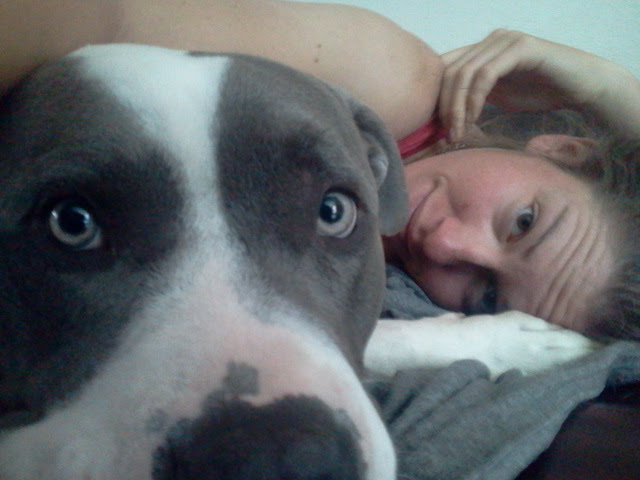 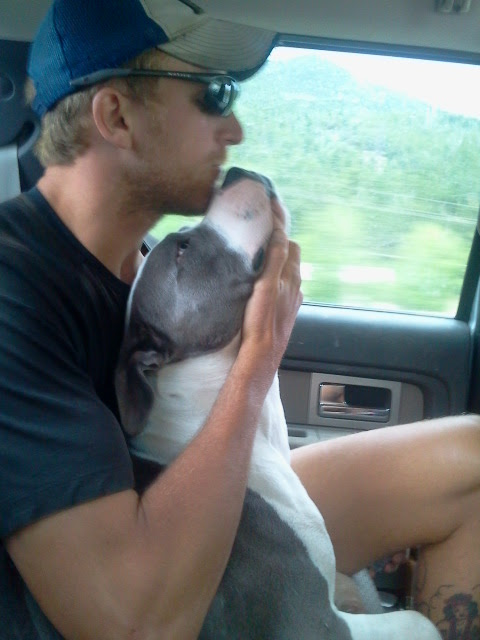